Our school opened as St Joseph’s Primary School in 1917. The school enrolment at that time was 70 students, staffed by the Sisters of St Joseph. The sisters, founded by Rev Julian Tenison Woods and St Mary of the Cross MacKillop, were based in Lochinvar, having arrived from Perthville on September 2 1883. From Lochinvar, the Sisters established schools and pastoral ministries throughout the Diocese of Maitland-Newcastle, including St Kevin’s Cardiff.

The original timber school burnt down in October 1942. Reconstruction and building commenced in May 1943 and despite shortages of building materials caused by WWII and delays in Government approval, the new brick building opened in June 1944. Extensions were added in 1969 and 1992.

In 1999, the school had a name change to St Kevin’s, in keeping with the other parish buildings. In 2009, a new school hall was built with BER funding. Further renovations and refurbishment of the classrooms were completed in 2015.

in 2018, the bottom playground was remodelled to include an all-purpose synthetic grass area and playground equipment designed to develop coordination and upper body strength. 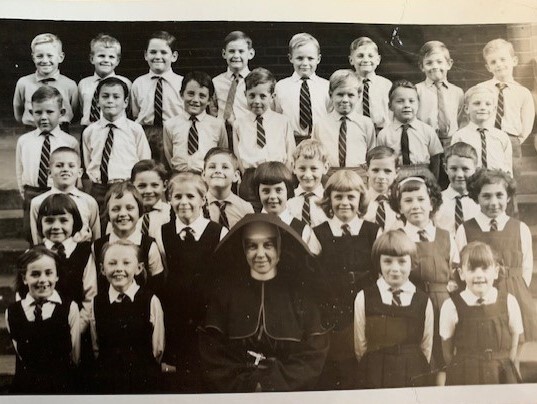